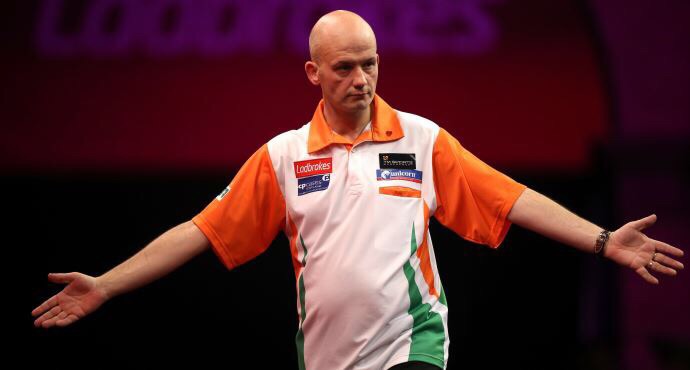 Hogg booked his place at Alexandra Palace for the sport’s biggest competition by winning a PDPA qualifier in Coventry, toppling Scott Mackenzie to avoid a preliminary clash.

Although he is yet to become a familiar face on the PDC circuit, Hogg is no stranger to UK Sports Management’s Jabba after the pair met in the semi-finals of August’s Granite City Open.

With Caven having won that encounter just 5-4, the Unicorn Darts user said he will not be taking Hogg lightly when they clash tomorrow, drawing attention to the Scot’s successful run to the 2013 UK Open when he beat Brendan Dolan, Kim Huybrechts and Andy Hamilton.