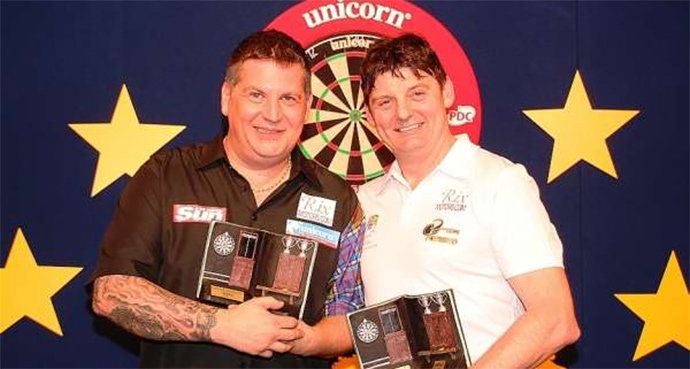 Having suffered European Tour final heartache already this year, Justin Pipe is ready to go one better at the German Darts Masters and emulate his Austrian Open triumph from 2012.

The Force, who is represented by leading darts firm UK Sports Management, took glory in the inaugural PDC continental tournament two years ago.

He looked well-poised to add the German Darts Championship to his CV only to miss six darts for the match and fall 6-5 to Betway Premier League favourite and occasional practice partner Gary Anderson.

However, buoyed by sustained impressive form, Pipe – backed by Cosmo Darts and Rix Motors – said he was raring to go in Berlin…