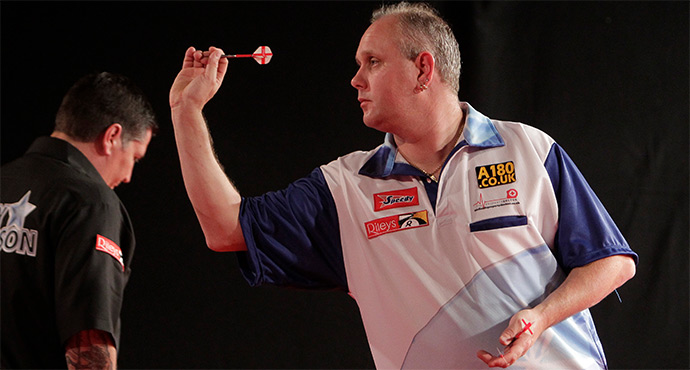 Ian White believes his next PDC tournament victory is just around the corner as he bids to avenge Players Championship frustration at the German Masters.

Diamond is one of four UK Sports Management stars heading to Berlin for the third European Tour event of 2014.

The world number 17 jets east on the back of a final appearance in Sunday’s latest Pro Tour round, where he missed a string of match darts before falling 6-5 to Betway Premier League ace Robert Thornton.

However, Tom Morrow Tarpaulins-backed White is ready to banish those bad memories by bouncing back in style…

Red Dragon Darts player White will go up against UKSM stable-mates Justin Pipe and Kevin Painter when one of last year’s most popular events returns in December.

« Jamie Caven: Get to know the man behind the darts
Justin Pipe ready to avenge PDC European Tour heartache »